The Agroplus range consists of four models with different engine powers: 315, 320, 410 and 420. Reliable, competitively priced and economical to run: ideal as the main tractor in a small to medium farm, or as an intelligent and effective addition to supplement an existing equipment pool of more powerful machines for a large, complex farming enterprise. Its short wheelbase and impressive steering angle (55 degrees for 4WD versions and 70 degrees for 2WD versions) make it the ideal choice for working in very confined, maze-like spaces. Agroplus also boasts an extraordinary weight/power ratio, making it one of the best choices available for open field applications. 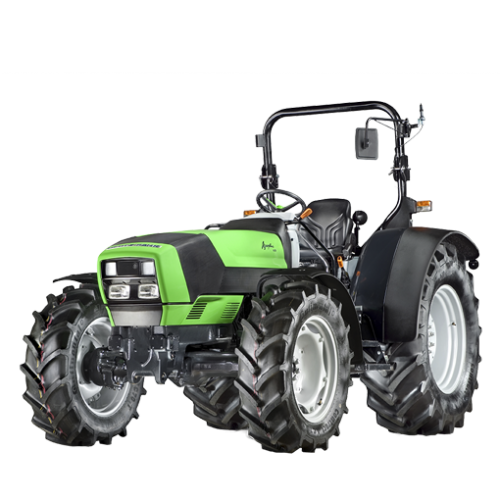 All Agroplus models share the same extraordinary structural sturdiness made possible by a cylinder block design with stiffener ribs and passages for the rocker rods incorporated in the casting. Agroplus tractors are powered by Euro III A engines in a variety of different configurations: with three or four cylinder versions and with simple turbo or turbo-intercooler forced induction. What makes these engines so special is the unique and extraordinary SDF injection system, which uses an individual injection pump for each cylinder, for instantaneous injection times and very high injection pressures (up to 1200 bar) for maximised performance and fuel economy. These engines also use HRT technology - a hydraulic tappet system which optimises the injection of fuel into the combustion chamber. During engine starts while the engine oil is still cold, the system increases valve lift slightly to advance the injection timing, optimising engine efficiency right from the start of the day and in any weather conditions, and eliminating the unpleasant white exhaust smoke typically produced by engines under cold starting conditions. The system also lets the driver set and store engine speeds for specific operations. Whenever an application calls for a constant engine speed, the governor automatically maintains the preset engine speed value. The results are increased productivity - with quicker headland turns - and less driver fatigue. The Agroplus 410 also includes an Overboost function, which increases maximum power from 85 hp/63 kW to 95 hp /70 kW, while the 420 PL GS model is offered with the Overpower function, which supplements power output up to 95 hp/70 kW when using PTO powered implements and during transport usage. 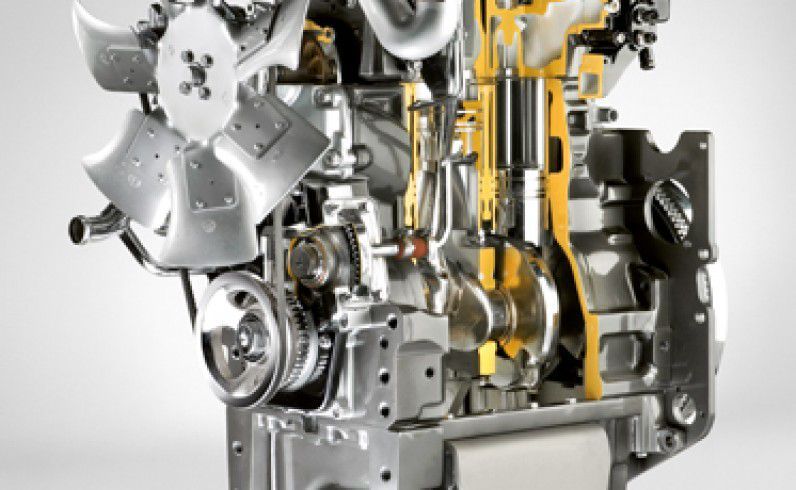 Every ratio you could ever need.

Extraordinary speed control is endured by a transmission with five gears, three ranges (with supercreeper gear) and three power shift ratios, for a remarkable forty-five forward and reverse speeds in all. The three-stage Powershift transmission ensures quick gear shifting action and varies the ratio used in relation to demand, offering two significant benefits, by both compensating for changes in load and maintaining an optimum engine speed. Hydraulic reverse shuttle with adjustable response for immediate, smooth direction inversions. For total safety, the control lever of the reverse shuttle, situated under the steering wheel, also has a neutral position. The “Comfort Clutch” feature maximises driver comfort by permitting gear shifts by simply pressing a button and without using the clutch: the function also ensures that gear shifts are always performed quickly and smoothly, which is indispensable especially for transport applications.

The ideal PTO for any job.

A choice of different PTO configurations is offered: a two speed variant (540/540ECO) or a three-speed variant (540/ 540ECO/ 1000 rpm), both of which also available with a synchronised PTO. Having such a wide choice of PTO configurations significantly increases versatility and the spectrum of applications possible. The synchronised PTO is driven by a dedicated gear independent of the engine PTO and is intended for use with implements requiring PTO speeds proportional with ground speed. An AUTO PTO function is also available as an option: the PTO is disengaged automatically when the electronically controlled rear lift reaches a predetermined height, which may be set differently for different implements. Furthermore, a front lift with front PTO are available for using front mounted implements.

Integral all-wheel braking system with wet disc brakes: immediate, safe stopping power even at high speeds and with heavy loads.
Brake system with brake force distribution valve: if necessary for the operation in hand, the driver may use a specific valve to distribute brake force towards the rear axle. Electrohydraulic differential lock function (100% front and rear) for improved traction in challenging conditions. On models with dual traction, the front and rear differentials are operated simultaneously. A steering angle of 55 degrees ensures quick, safe turns. The steering cylinders are mounted in a protected position behind the axle, preventing the risk of damage to the cylinders themselves and making a straight, central driveshaft possible, for reduced maintenance. 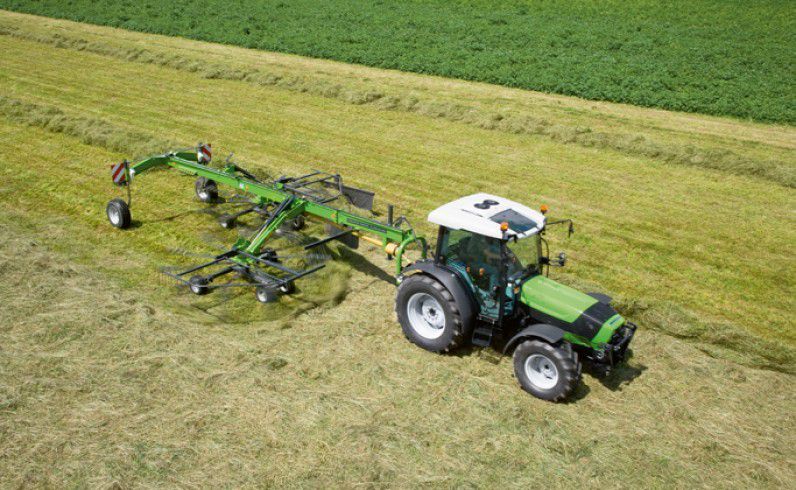 Precision and control in all conditions.

The hydraulic system has a dedicated 54 l/min pump which feeds the rear lift and the four or six way rear distributors with flow regulator. The hydrostatic steering system has its own independent pump, to ensure that the Agroplus is extraordinarily manoeuvrable even at low engine speeds. For high precision jobs, where accurate implement management is crucial, the optional rear lift, with a capacity of 3000 kg (or 3600 kg, with supplementary rams) ensures total control. 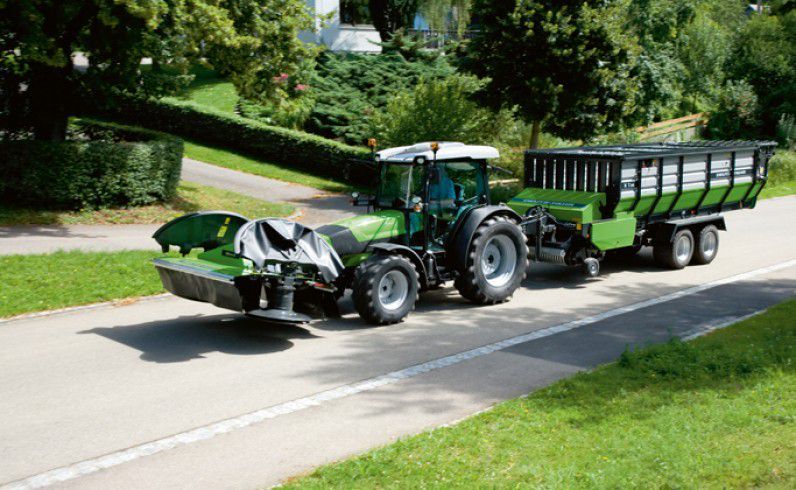 Efficiency at work depends on the comfort of the driver.

An outstanding driver area for both platform and cab versions, designed with painstaking attention to detail. Comfort and ergonomics: the driver sits on an air-sprung seat that adapts ideally to weight and stature, and has plenty of space to work in comfort, with all the controls within easy reach and arranged rationally. A simple push of an electrohydraulic switch effortlessly engages the PTO, dual traction and differential locks. The cab is soundproofed and pressurised. The air conditioning system is housed in the headliner, and feeds air ducts both in the ceiling and routed towards the floor, for a total of eight directional vents in all. The high visibility panoramic roof, available for applications with the front loader, offers an unobstructed view of the implement mounted at the ends of the loader arms.